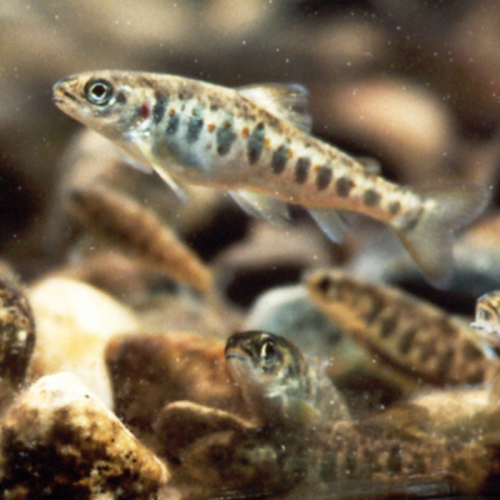 The marine fatty acids EPA (docosahexaenoic acid) and docosahexaenoic acid (DHA) are important for both human and fish health. Together with other polyunsaturated fatty acids, they serve several important biological functions. They are building blocks of all cell membranes, regulate gene expression and are precursors of a wide range of bioactive substances that regulate inflammation and physiological processes.

The total omega-3 PUFA (polyunsaturated fatty acids) dietary requirement of salmonids including α-linolenic acids (ALA), EPA and DHA, has been reported to range from 1 to 2.5 percent of the diet, depending on the species and experimental conditions. Studies determining the minimum requirement of omega-3 PUFA have been based mainly on fish growth and survival, but fatty liver, histological changes in intestine, fin erosion, gill bleeding, deformed back bone, reduced reproduction and shock syndrome have also been reported as a consequence of low n-3 PUFA in feed. PUFAs also can influence the immune system and responses in Atlantic salmon.

Several studies have documented the fate of EPA and DHA in salmon tissues such as muscle, and to a lower extent in blood and other tissues, after feeding with low or moderate amounts of these fatty acids. Atlantic salmon possess all the enzymes necessary to produce DHA from α-linolenic acid, but a previous study on Atlantic salmon in freshwater indicate that the requirements of salmon for EPA and DHA at the tissue level cannot be completely fulfilled by dietary α-linolenic acid. Very few studies have to our knowledge been carried out on the effects of including high levels LC-PUFA in feed to fish.

This article – adapted and summarized from the original (T. Seternes et al., 2020. The level of eicosapentaenoic acid (EPA), but not docosahexaenoic acid (DHA), in blood of Atlantic salmon (Salmo salar L.) is related to formulation and concentration of EPA or DHA in feed. Aquaculture 526, 15 September 2020, 735407 ) – reports on a study that investigated how the concentration of PUFA in blood and muscle of Atlantic salmon (Salmo salar) changed when fed four diets containing very different amounts of LC-PUFA in fresh water for 84 days.

This study was funded by the UiT The Arctic University of Norway, Norway. BioMar AS donated basic non-coated pellets for the experiment. Omega-3 concentrates used in the experiment was a kind gift from Epax AS (now FMC Health and Nutrition).

Atlantic salmon (Aqua gen Q-TRL strain) reared on a commercial diet to an average weight of 50 grams were provided by Havbruksstasjonen AS in Tromsø. The fish were kept in circular 300-liter tanks at Havbruksstasjonen with continuous flow of fresh water. The water temperature was about 4 degrees-C 10 days prior to the start, and was gradually increased to and kept at 10 degrees-C throughout the experiment. The fish were kept under constant 24:0 hours light:dark conditions and fed ad libitum for 6 hours per day. Water temperature, fish appetite, behavior and mortality were checked daily, while oxygen saturation was checked weekly. The fish displayed no sign of disease or mortality at the start of the experiment.

Prior to the start of the experiment a total of 610 fish were sorted and divided in four different groups of 150 fish in each except for group 1 that had 160 fish. At day zero, 10 fish were sacrificed from group 1 for registration of mean length and weight.

Non-coated experimental pellets of 3 mm were formulated and manufactured by BioMar AS, Trondheim, Norway, and fat coating of the pellets was done by Nofima AS, Bergen. Four experimental diets were prepared by adding different oils or mixtures of oils with different fatty acid composition to the pellets. The following oils were added to the feed: rapeseed oil (RO), anchoveta oil (AO), a mixture of rapeseed and anchoveta oil 60:40 (RO/AO) and an omega-3 concentrate in TG form (EPA/DHA). The amount of oil coated on the pellet was kept the same for all diets and the total fat content of the formulated pellets became approximately 20 percent. To ensure appetite and similar taste of pellets with different fatty acid composition, the pellets contained 2 percent krill meal.

For detailed information on the experimental design, diets and the feeding trial; sampling and sample preparation; fatty acid composition analyses; histology; and statistical analyses, please refer to the original publication.

We fed Atlantic salmon in the freshwater phase four diets with different fatty acid composition for a period of almost three months. The total EPA/DHA content in the oil fraction of the different diets ranged from 4.2 percent in the rapeseed oil diet formulation to 48.4 percent in the EPA/DHA diet concentrate formulation while the total omega-3 content in the oils, including ALA and DPA were from 13.9 percent to 53.8 percent.

The fish in all our groups through the experiment showed no mortality and good growth (Fig. 1). There were no significant differences in weight gain among the fish in the different diet groups demonstrating that the appetite was good and that the different oil combination in the feed did not affect the eating behavior of the fish.

Other authors have reported that high concentrations of LC-PUFA (25.2 percent) in the feed may inhibit growth of large Atlantic salmon in saltwater. We did not however observe significant reduced growth when feeding a diet containing EPA/DHA concentrate, and this may be due to the small size of the fish (50 to 150 grams). This is in line with the results reported by other researchers who included 41.8 percent LC-PUFA in diets to juvenile salmon.

The specific growth rate (SGR) from day −10 to day 60 was calculated to 1.49 in the RO diet group, 1.34 in the AO diet and EPA/DHA diet groups, and 1.44 in the RO/AO diet group. There were no statistically significant differences in weight gain between the different feeding groups. The body weight was registered for all fish sampled at all time points (n = 10) during the course of the study. At day 84 the fish fed a diet containing anchoveta oil had the lowest average mean weight of 150.3 ± 21.7 grams, while the fish fed a diet with rapeseed oil had the highest average mean weight of 168.1 ± 36 grams. However, there were no statistically significant differences in mean weight between the different feed groups at day 84.

The intestines of the sampled fish were checked at all time points and histopathological slides were made from the midsection of the distal gut. The histology showed only minor or no sign of inflammation or other types of damage to the intestinal tissues in the hind gut, demonstrating that the different oil blends in the feed were well tolerated by the salmon in our experiment.

During the first three weeks of the study, there was a rapid increase in the proportion of EPA in the blood of the groups fed the diets with EPA/DHA concentrate and anchoveta oil (Fig. 2). The percentage of EPA in blood increased significantly from 6.4 ± 0.4 percent at day 0 to 19.5 ± 0.8 percent at day 21 in the group fed with the diet containing EPA/DHA concentrate, and to 12.4 ± 0.5 percent in the group fed the AO diet, respectively. EPA remained at approximately these levels for the rest of the study. 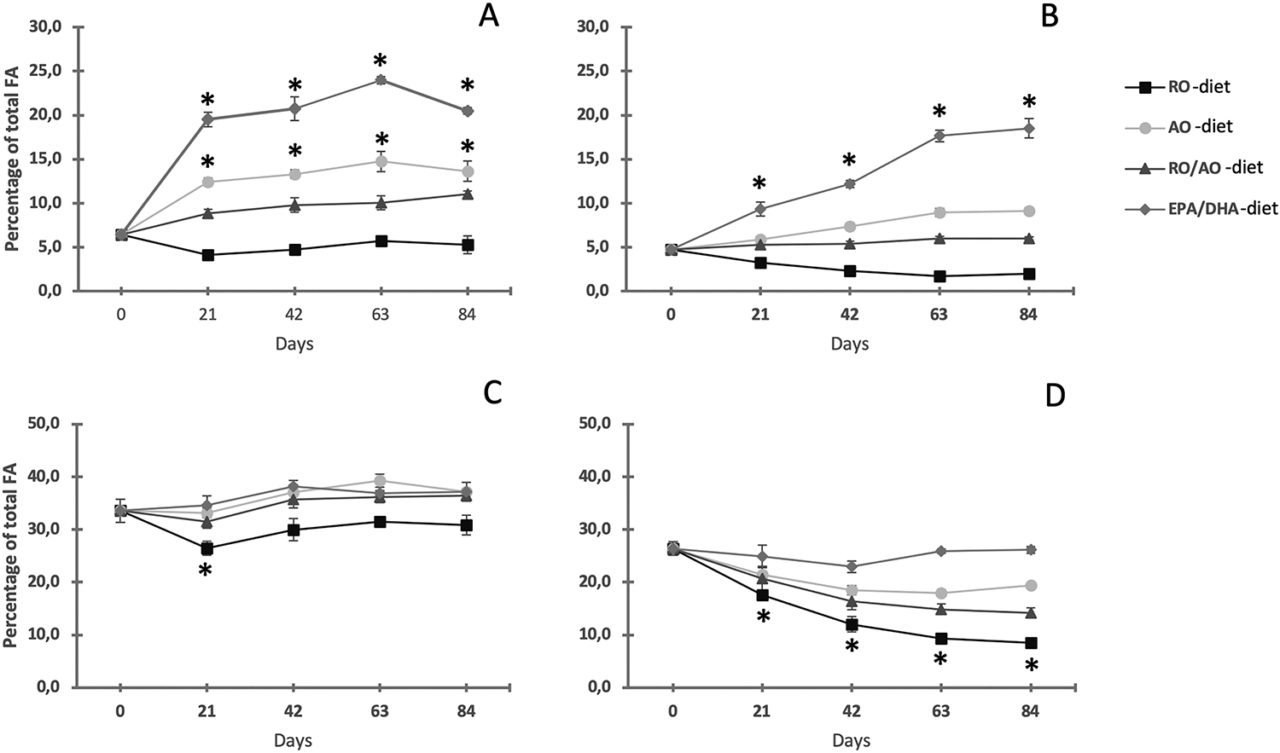 Fig. 2: Levels (area percent) of EPA (20:5 omega-3) and DHA (22:6 omega-3) in whole blood and muscle of Atlantic salmon fed diets containing either rapeseed oil (RO diet), anchovy oil (AO diet), a mixture of rapeseed oil and anchoveta oil (RO/AO diet) or fish oil concentrate enriched with EPA and DHA (EPA/DHA diet), for a duration of 84 days. EPA in blood (A), EPA in muscle (B), DHA in blood (C) and DHA in muscle (D). Each point represents mean ± SD (n = 8).
*Significant difference (p < .0001) between measured value at given timepoint and day 0. Adapted from original.

The high concentrations of DHA in the blood throughout the experimental period in all feeding groups independent of the concentration in the feed confirm that the main lipid class is phospholipids. These results are in line with several previously published works and demonstrate that this fatty acid is selectively retained in phospholipids even when only minor amounts are present in the feed.

The amount of EPA on the other hand appeared much less regulated. When a relatively high concentration was present in the feed such as in RO/AO diet group (10 percent), AO diet group (13.5 percent) and EPA/DHA diet group (27 percent), the blood level seemed to reflect the level in the feed. However, when a small amount is in the feed as it is in the RO diet group (1.8 percent), blood concentration is mobilized to or retained at about 5 percent during the experimental period. A different saturation level of EPA in the blood cells dependent on feed formulation may be of great importance for the biological functions of EPA in blood cells of fish.

Our study confirms that the amount of DHA is mobilized to or retained at a high level in the blood even when only small amounts are included in the feed. The level of EPA in the blood on the other hand reflected to a large degree the amount present in the diet. However, when only minor amounts were found in the feed it appeared that EPA is concentrated in the blood. The amounts of DHA and EPA in the muscle tissue during the experimental period reflected the concentrations found in the diets suggesting deposition of triglycerides in the muscle. 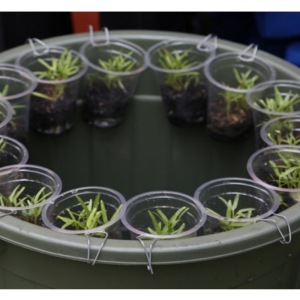 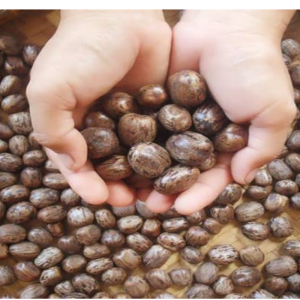 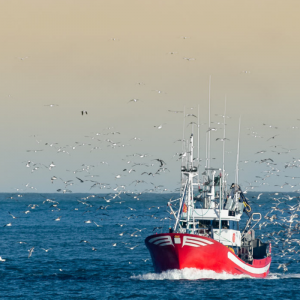 How Can Aquaculture Protect Our Oceans? 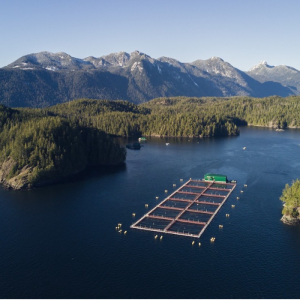