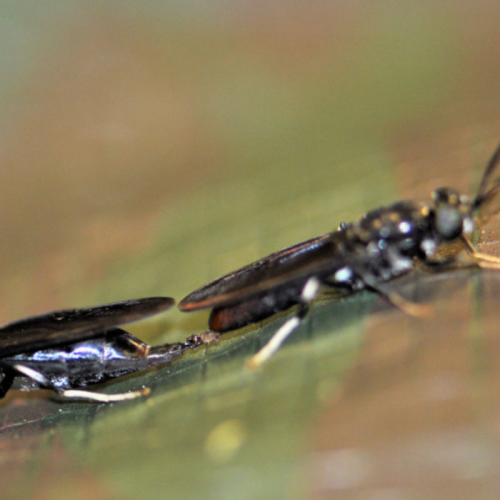 The black soldier fly (Hermetia illucens) larvae (BSF) is quickly emerging as a viable fishmeal alternative in aquafeeds based on nutritional value and ability for eco-friendly production. Adult black soldier flies are now distributed throughout the world and despite having a wasp-like appearance, they lack any appendage for biting or stinging. Thus, they are not pests to humans or other animals and much like other flies, are often found near compost/rotting organic material.

This article describes an “all-in-one” stacked system for indoor BSF larvae production, which is designed to be self-harvest the larvae and repopulate the adults and provides some observations regarding the breeding of adult BSF.

At the University of Arkansas at Pine Bluff (UAPB), a three-tier system for BSF larvae production was designed and built using steel and mesh based on previous pilot studies to reduce space and facilitate harvesting (Fig. 1). Each layer has hardware cloth on top of a quarter-inch wire mesh to hold/retain the substrate, provide air flow and also allow drainage of excess water. Each layer is a trapezoid so that the flat surface allows an even spread of the substrate, while the 45-degree-angle provides surface area for the larvae to crawl up the sides and fall into a harvester (a long trough).

Fig. 1: Left: initial design for a three-tier trapezoid “all-in-one” structure that feeds the larvae, self-harvests and is repopulated (left) and a total three sets were fabricated at UAPB. Right: the design provides a total of nine units that were three layers high.

A retractable tarp was also placed on top because the larvae are photophobic [intolerant of light] as well as to help retain moisture. A top slit allows access for future adult flies to lay their eggs. Each of the nine units were moved indoors and kept at a set temperature of 88 degrees-C over the late fall/early winter. A humidifier maintained humidity at above 45 percent to counter the dry, hot air from the vents.

A total of 9,000 instar 4 (developmental stage of arthropods such as insects) larvae were purchased and added directly on top of either the spent coffee grounds or the pizza dough. These ingredients were chosen based on being locally available in large quantities as well as being different in their composition and texture. However, several days after adding the larvae, softer items including oranges, pumpkins and other household leftovers were also distributed to further gauge larval food preferences (Fig. 2). Compared to the coffee grounds, the larvae were observed to prefer softer food items. Despite the humidity being relatively high (above 45 percent), the substrates dried within a day, and thus a soaker hose was laid on the top layer to periodically drip water along with a mister system that was manually turned on once in the morning. 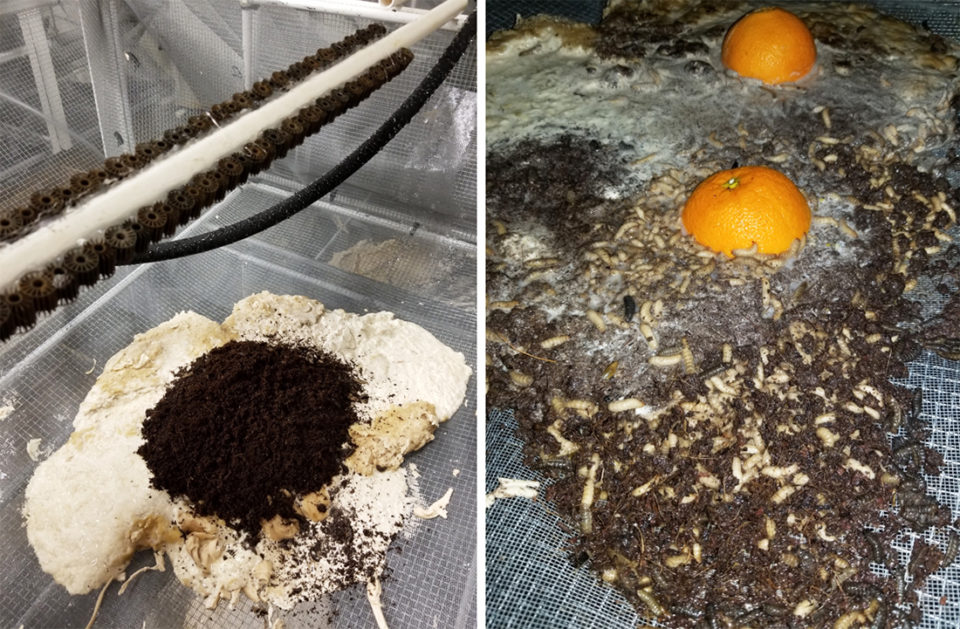 Fig. 2: Left: adding larvae and contents directly on top of pizza dough. Above is a soaker hose followed by a series of “eggies” made out of biofilter media that turned out not be utilized. Right: several days after adding the larvae, most of the pizza dough was consumed. Oranges and other soft food items were then provided to assess food preferences.

Within a week, the first pre-pupae [life stage of some insects before transformation to other stages] larvae were observed to climb up the 45-degree sides and fall into the trough harvester, which had quarter-inch of sand to help soften the impact as well as to facilitate harvesting with scoop nets. Pre-pupae larvae were much larger when cultured on pizza dough (length 1.75 ± 0.04 cm; width 0.43 ± 0.02 cm) compared to those grown on coffee grounds (length 1.27 ± 0.03 cm; width 0.29 ± 0.01 cm), likely due to the dough being softer and richer in easily digestible starches (Fig. 3). It should be noted that not all the larvae migrated to be harvested, but the majority did.

Fig. 3: Left: pre-pupae that just migrated up the 45-degree-angle side and fell into the trough with some sand to cushion the fall and facilitate harvesting. This was the third day from initially observing the pre-pupae. Right: direct comparison of harvested pupae cultured mostly with pizza dough versus coffee grounds.

Within a few days, the pupae hardened, appeared darker and the tips turned upwards until the adult black soldier fly emerged. The use of “eggies” has been recommended to facilitate egg transfer to different locations/incubators, the eggs can be easily removed and sold to vendors and to allow the substrate to be mixed or added upon without disturbing the eggs. Typically, corrugated sides of cardboard, stacks of wood or other media with small crevices are preferred by adults. While we placed different media types around or on top of the substrate, the adults initially preferred to lay their eggs onto the substrate (Fig 4). Only after two weeks were eggs first noticed on the cardboard (but not other media), indicating smell is important for egg laying choices. 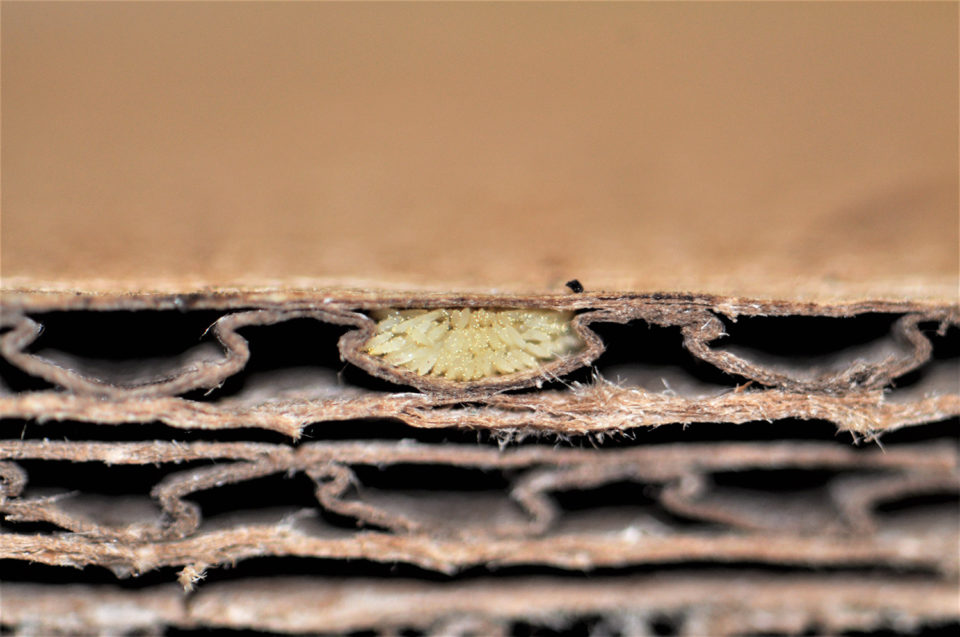 After about two months of initially adding the advanced larvae, we observed pupae at various life stages in the substrate (Fig. 5), which demonstrated that the life cycle was successfully closed indoors and over the winter. The substrate smell changed from a manure/rotting smell to more of a sweet/earthy aroma. The room became full of adult flies, but high mortalities occurred after about four to seven days. Subsequently, we laid out containers with small amounts of sugar and water around the room. The flies were immediately attracted to these, particularly yellow containers, and used a mouthpart similar to household flies to feed (Fig. 6). Soon afterwards, it appeared that the mortalities subsided. This appears to counter the idea that black soldier flies have no mouthparts or digestive tract, as sometimes anecdotally reported.

Fig. 5: Next generation of larvae that hatched and grew directly from the coffee grounds (left) or pizza dough (right). Photo taken the same day (after about two weeks) of initially adding larvae, and the size differences of the larvae are clearly evident.Fig. 6: Adult flies were immediately attracted to the sugar and appeared to prefer the yellow container compared to petri dishes or white lids. Insert: Adult fly using its labella (spongy pad-like appendage) to soak up the sugar water. 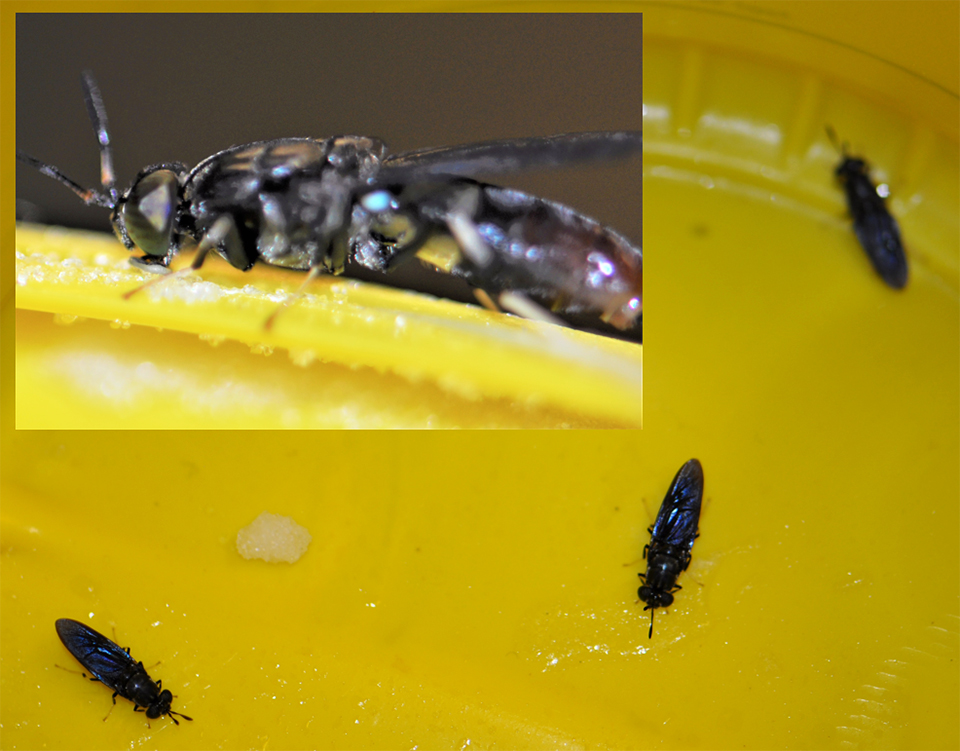 Fig. 6: Adult flies were immediately attracted to the sugar and appeared to prefer the yellow container compared to petri dishes or white lids. Insert: Adult fly using its labella (spongy pad-like appendage) to soak up the sugar water.

After two months from the initial addition of advanced larvae, we estimated there was approximately over a 50-fold increase from the first generation, where numerous handfuls of larvae were obtained (Fig. 7). This really was only obvious after moving the substrates into bins to prepare for experiments. Currently, from this second generation we are testing different locally available substrate types and their blends to assess BSF larvae productivity, bioconversion rates and nutritional value, as well as trying out additional designs for larval harvesting. 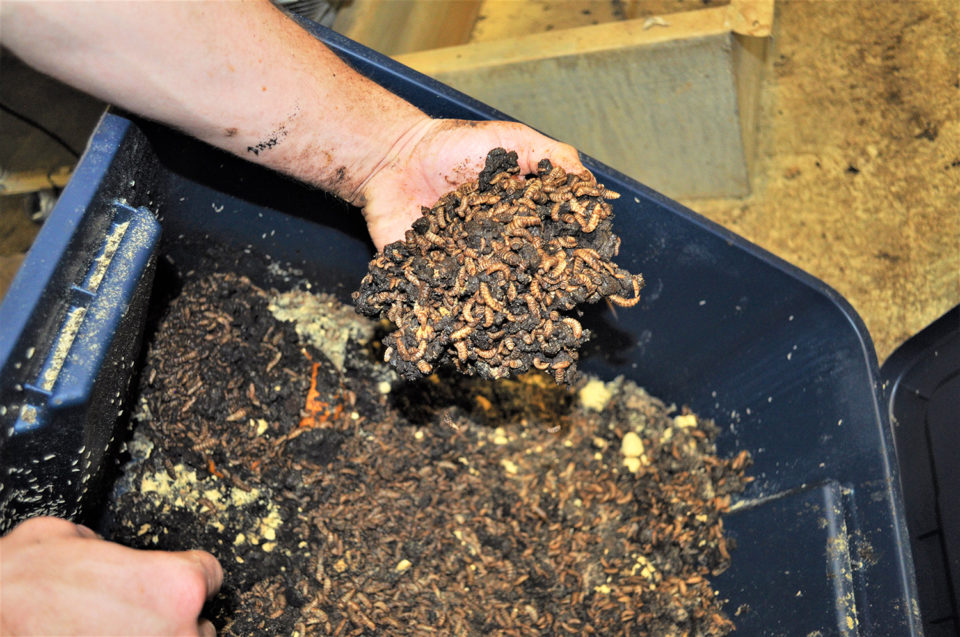 Fig. 7: After one generation, this was one container out of nine that were full of advanced BSF larvae.

Some difficulties throughout production included maintaining consistent moisture content of the substrate in the hot/dry room. This was especially important for the pizza dough, because insufficient moisture led to the dough hardening while oversaturation led to the loss of dough through the netting. However, we later blended plant fibers or coffee grounds with the pizza dough and mitigated this concern.

Another issue we observed was that the adults often laid their eggs directly on the substrate, and thus we were cautious about mixing/adding the substrate as well as over saturating the substrate with water. We also emphasize the importance of keeping the floors clean to minimize the chances of the BSF adults laying their eggs in any areas with spilled/leaked substrate. 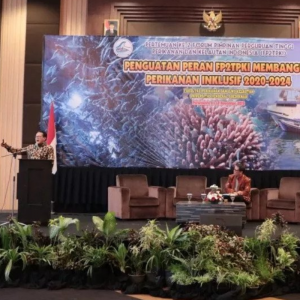 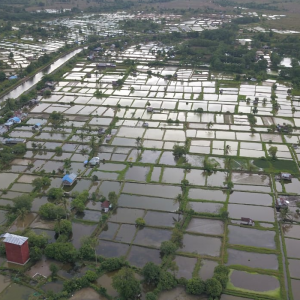 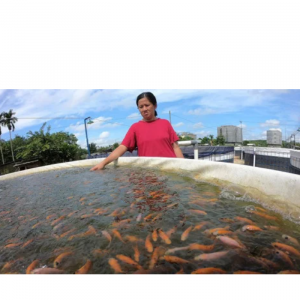 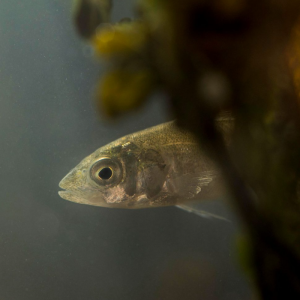 The Plan to Rear Fish on the Moon