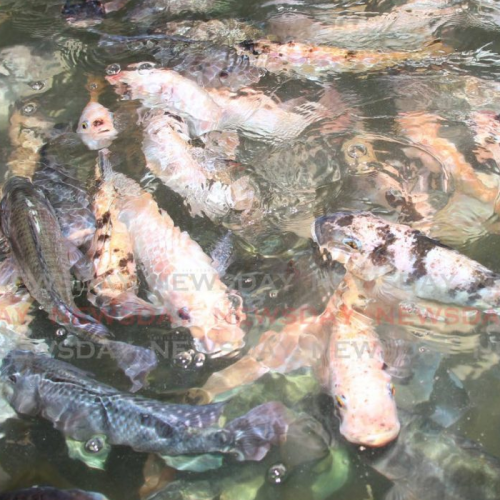 Aquaculture: A Solution for Food Security

Food security, like many other social issues, has been a key issue for discussion as governments around the world grapple with the management of the covid19 pandemic.

In TT’s agriculture sector, there have been challenges that vary from funding to policy implementation to legislation. But as the sector seeks success, one sub-sector has captured the eyes of the Ministry of Agriculture, Land and Fisheries and by extension, entrepreneurs.

Locally, aquaculture has been around for some time and a special unit has been set up under the ministry to bolster production. At the Aquaculture Demonstration Centre in Valsayn, managed by the Fisheries Division, it seeks to promote the sub-sector commercially.

According to fisheries officer Harnarine Lalla, aquaculture can be described as the farming or husbandry of aquatic organisms under controlled or semi-controlled conditions. It is regarded as a means of reducing fishing pressure on marine fisheries resources and meeting increasing demands for fish and fishery products via culture methodologies.

“The growth and meaningful nature of aquaculture was and is needed locally. Aquaculture globally amounts to about 50 per cent of fish products that are consumed by humans. While there has been an incremental growth globally, TT has not yet seen that type of growth. A tremendous amount of potential has always existed and continues to exist, but unfortunately, we have not been following up with the production potential,” he told Business Day. 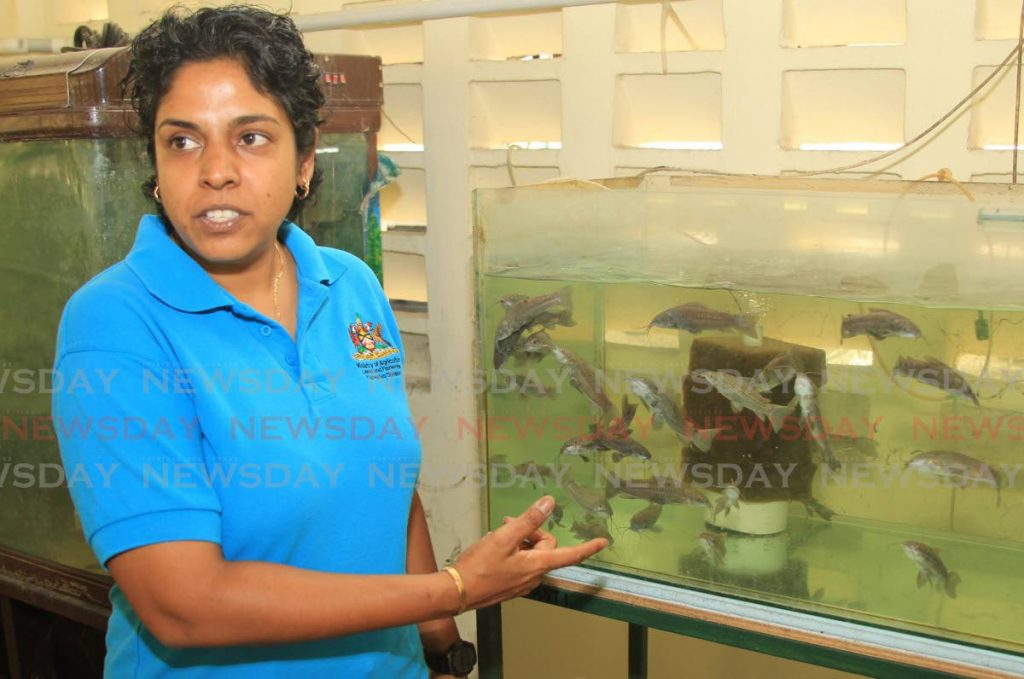 Nadia Ramphal, fisheries officer of the Ministry of Agriculture’s Aquaculture Unit, shows some of the cascadura fish populated in the unit’s nursery.↔PHOTO BY ROGER JACOB

Statistics outlined in the State of World Fisheries and Aquaculture 2018 report showed a 5.8 per cent annual growth rate globally during the period 2001 to 2016. Aquaculture, it said, continues to grow faster than other major food production sectors.

According to the Food and Agriculture Organisation, aquaculture production is not significant and fluctuating in TT. It said production increased from negligible amounts in 2009 to peak at approximately 21 tonnes in 2015, to decline again to five tonnes in 2017.

Lalla said however that there is a demand for fish and fish products and TT has the knowledge, technologies and facilities to expand its production capacity. According to the ministry's food import bill, imports of fish and fish preparations were up nearly five per cent in 2019 compared to 2018. In 2019, the country imported 11.5 million kilograms of fish valued at $315.7 million.

“Most people who got involved in aquaculture did so with ponds. With changes in technology we see the utilisation of new systems and methods. What has better success would be the tank-based systems, which can be done on a small-scale system (16 tanks) or a medium-scale system (eight tanks).”

At the Aquaculture Demonstration Centre specific training is offered at no cost to the public on all the processes of setting up the systems, maintenance, management and production.

TT, Lalla said, has the potential to produce in large capacities cascadura (hoplosternum littorale), tilapia (oreochromis), pacu or tambaqui (colossoma macropomum) and swai or bassa, also known as the iridescent shark (pangasianodon hypophthalmus).The ministry offers various incentives to aquaculture farmers which included a percentage of construction of ponds, dams and wells or construction alternative culture systems, such as raceway type systems; refurbishment of dams and wells; rehabilitation of ponds, cost of equipment such as water pumps, harvesting gear and equipment and vehicles.

Lalla said that setting up is labour intensive and the cost for such a project varies, with the basic starting cost between $70,000 to $85,000, with starting land capacity of ten acres.

“This figure does not include land preparation or the associated labour to get the system established. Also, the figures can vary depending on the part of the country that the farm is being set up and the land preparation by the prospective farmer,” he said.

Lalla added that aquaculture is a very viable business, but financial and training investments are encouraged and needed. 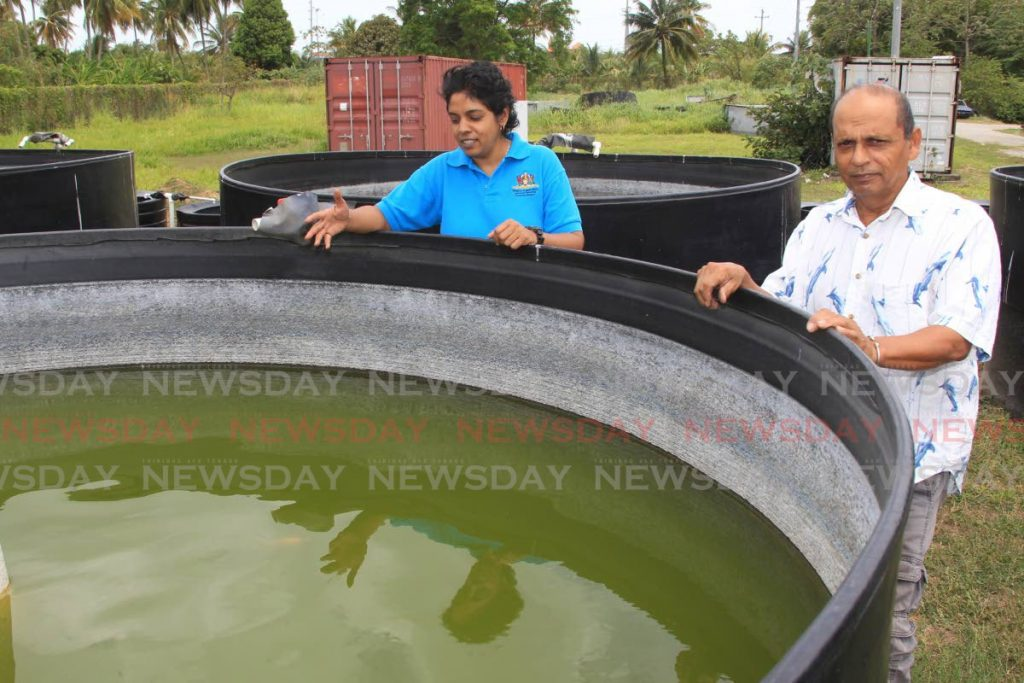 Fisheries officers Harnarine Lalla and Nadia Ramphal stand in front of one of the demonstration  commercial green water recirculating systems on display at the Ministry of Agriculture’s Aquaculture Unit.PHOTO BY ROGER JACOB

He said, “Farm fishes are never going to be cheap, by any stretch of the imagination. At the centre our role is to disseminate the relevant information to ensure the right and practical decisions are taken in setting up a farm.

“It is not going to be lucrative unless there is large scale production and we certainly recommend larger sized operations for income generation.”

He told Newsday that while there are challenges, it is very fulfilling, and hopes to achieve a large tank-based system to produce significant amounts for commercial distribution.

“My investment has been heavy, and the work has been a lot. The help from the supporting bodies has been minimal. I enjoy what I do, and I am not a quitter, so I intend to see it through and be successful.”

He said the sector is worthwhile and encouraged anyone with a passion and sound business mind to invest.

Penco also called for the ministry to take the sub-sector more seriously and invest the necessary tools, funding and know-how that is needed for a successful aquaculture industry.

State of World Fisheries and Aquaculture 2018 report noted that there has been an increase in aquaculture workers in Latin America and the Caribbean to almost 381,000 fish farmers for the period 2016.

Lalla admitted that while TT has a comparative advantage in the sector, it has failed to capitalise and enforce a competitive advantage to allow it to compete in the global value chain.

“We would have to first look at expanding in our regional markets because they too are importers of farm fish, most of it being tilapia from the Far East. The major drawback in international trade would be our prices. At this time, we cannot produce the fish at costs that are cheaper than the frozen imports."

Along the global value chain, he said, production is where the country might be most successful because of its natural endowments. He added that a lack of marketing and branding has also contributed to a downfall of the sector.

“Farmers cannot rear the fishes and see about marketing as well. It consumes a lot of time and some farmers do not have the funding to explore such means. They (the farmers) are willing to rear the fishes but need the advice and expertise from the professionals and the ministry to get the product in the supermarkets and on the consumers tables. This is one of the major shortfalls of the sector.”

Lalla called for investments from the private sector in order to pull away from government dependence for a sustainable and thriving sector. 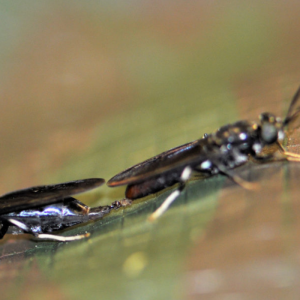 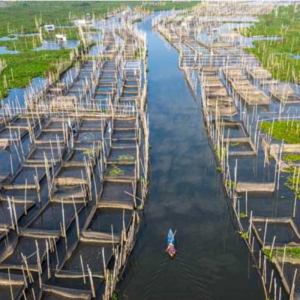 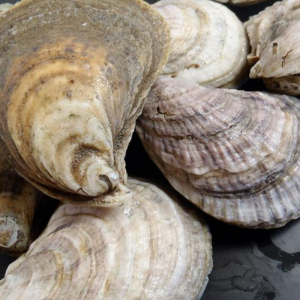 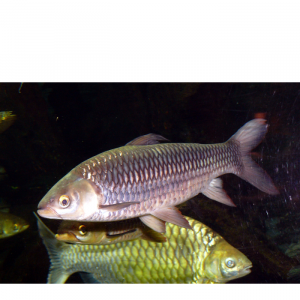