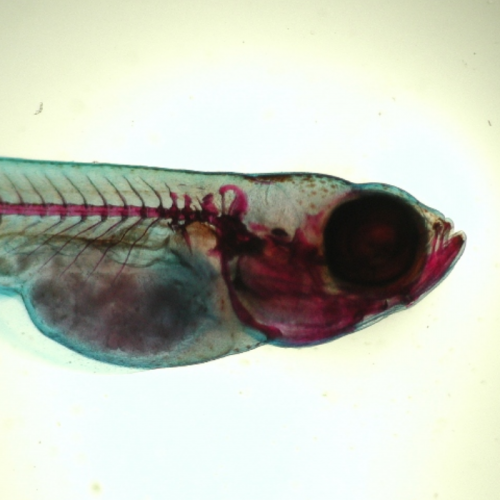 Sustainable food sources are essential for an ever-growing world population, putting additional pressures on a rapidly growing aquaculture industry. Effective production of healthy aquaculture species requires nutritionally balanced and cost-effective aquafeeds; the formulation of these feeds presents many challenges, and new solutions are constantly being sought.

This article discusses the suitability of algae as a sustainable raw material in aquafeeds, as well as the health benefits genetically modifying algae can add, such as enhanced nutritional uptake, immunostimulation and gut health and wellbeing.

The aquafeed industry is highly cost driven. Raw materials used in feeds must provide all the essential nutrients required by a particular species, but this must be balanced with cost. The availability of these raw materials is also a very important consideration, as factory outputs for the production of fish feed can be in the region of 150 to 200 thousand tonnes per year.

Ingredients that are seasonal or have very low market availability are, therefore, best avoided. Not surprisingly, researchers are continually looking for alternative feed solutions, and one of the most promising of these is microalgae.

Microalgae have been used as part of the live feeds chain in aquaculture hatcheries for some time, but there is now a drive to exploit these organisms in formulated feeds. This technology is still in its early days and, at present, the use of microalgae as bulk feed ingredients is still some way off, due to costs and product availability limitations.

As a result, the current focus is on the use of algal products as functional ingredients to enhance traditional feeds during sensitive periods of the production cycle, or in specific situations arising from farming practices. Microalgae have great potential as a source of functional ingredients, offering supplementary benefits alongside basic nutrition, filling a notable gap in the aquafeed sector.

Opening the door to new approaches in aquaculture

A decade ago, aquafeeds contained a lot of fish meal harvested from the sea, but this is a limited resource and an alternative source of protein and lipids – particularly lipids rich in the polyunsaturated omega-3 fatty acids, such as docosahexaenoic acid (DHA) – would be highly beneficial.

Increasingly, fish are being reared on aquafeeds containing high levels of soya or vegetable proteins, but frequently show some degree of inflammatory intestinal response to these diets. As the proportion of globally consumed fish attributed to wild catches reduces, and the relative intensity of fish farms and pressure to produce more fish per unit area increases, the importance of fish health and wellbeing is becoming more urgent and more emphasis is being placed on the development and application of preventative strategies to reduce losses due to common diseases.

Immunostimulants such as lactoferrin are potentially beneficial to the intestinal health of fish; the incorporation of lactoferrin into aquafeed would be a possible means of minimising the negative effects of other feed components. Lactoferrin can also act in an additional preventative capacity, enhancing the immune capacity of the fish to respond to a stress event or a disease, and improving their resistance to bacteria and viruses, potentially modifying the gut microbiome.

This approach is being targeted by the UK-based algal specialist Algenuity, which has established a technology to produce commercially-relevant, recombinant microalgae strains expressing a variety of desirable proteins – including lactoferrin and others – with the aim of incorporating the modified algae as potential aquafeed functional ingredients.

The protein and lipid-rich engineered microalgae contribute nutritional value, as well as specific bioactivity and associated health benefits, potentially both reducing losses and increasing gains in terms of feed conversion – a win-win situation. In collaboration with Sparos, a developer of novel products for the aquaculture industry, and The Centre of Marine Sciences (CCMAR), both located in Portugal, proof-of-concept trials have been conducted to explore the use and efficacy of this biomass as an incorporated ingredient in aquaculture feeds.

Sparos has years of experience of providing researchers and aquaculture companies with experimental diets, as well as offering testing facilities to analyse any given diet. Currently, it is producing small amounts of feed containing low levels of lactoferrin-enriched algae and evaluating these to determine the most effective dose to include in feeds, as well as the best formulation.

While gains in overall growth and a reduction in losses are key benefits, the value and overall health of farmed fish can also be a function of their skeletal development and wellbeing. Accordingly, the team has also looked closely at the effect of lactoferrin-expressing strains on bone development in fish, using zebrafish – which are frequently used in biomedical research, for example, to study cancer, diabetes and cardiovascular diseases – as the model species.

The big advantage of zebrafish is their speed of development; meaningful results are available in days, rather than weeks, and can easily be transposed to other species. CCMAR is investigating the effect of the microalgae itself – with and without lactoferrin – rather than the diet, with promising results.

In early experiments, larvae were exposed to water, ethanol and dimethyl sulfoxide (DMSO) extracts of the microalgae for three days and the increase in bone development of the operculum was evaluated. The DMSO and ethanolic extracts showed increased bone development ranging from 27-43 percent, indicating that, in the context of biomedicine and nutraceuticals, there are anabolic factors associated with the microalgae.

Both native and engineered microalgae were investigated, with positive results obtained from even the wild-type biomass, while the transgenic biomass produced an enhanced positive benefit, suggesting that the observed effects are due to a combination of compounds and/or proteins.

Further experiments have been performed by rearing zebrafish with rotifers fed on both the wild type and engineered algae for one month, and differences were observed in skeletal development. Lactoferrin is known to promote osteoblastic development in other models, and this was also noted in the zebrafish.

Within 30 days, it was possible to make reliable gene expression analysis of the bone marker genes responsible for the differences between the two types of microalgae. With the engineered algae there was a clear increase in both the development and the quality of the skeleton, and the genes relating to the development of the osteoblast were also upregulated, producing more bone and additional cells.

Microalgae has great potential as a sustainable raw material, not only in aquaculture, but in animal feed in general. To date, the main issue is low market availability as well as perceived added value. Significant progress has been made to address this issue in recent years. Work has begun, for instance, in creating an efficient and cost-effective business model for large-scale production of algae-based aquafeeds.

Further studies on zebrafish will explore the effect of the Algenuity engineered microalgae on immune system genes, histology and growth, before transposition into other fish species of commercial interest. The future for microalgae-based aquafeed ingredients looks very promising indeed. 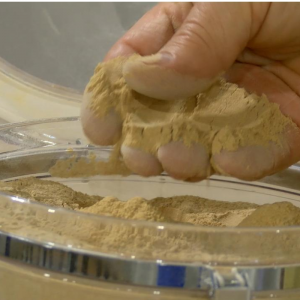 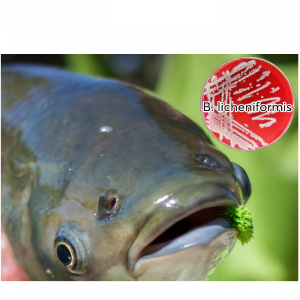 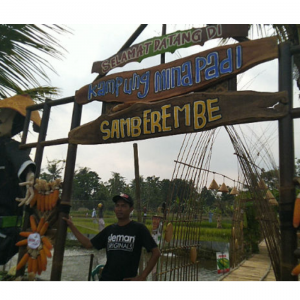